In an attempt to make the setup of our Raspberry Pi image easier, we completely redesigned and reworked the configuration process. In this post we want to give you some insight on the thought process behind and highlight all the new features.

Since this update has actually been out for some time now, some of you may have already noticed that V10 of the Raspberry Pi image brought some really big changes.
Most of it in regard to the user interface and the whole configuration process.
Bute we also released some new features with that version. 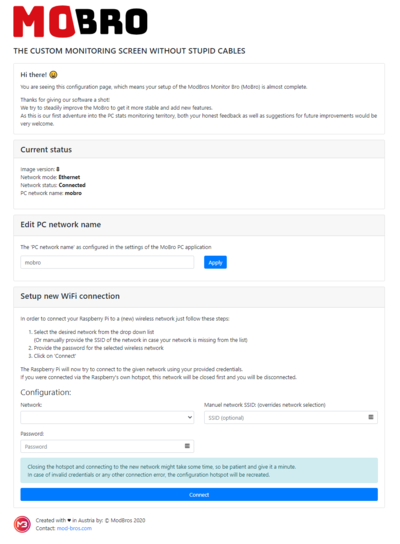 As you might remember the old configuration page wasn't quite as clear and concise.

It's what we initially created when we started working on the Raspberry Pi image and then gradually adapted over time.
But apart from minor text adjustements and a few visual changes nothing major happend on that front. We never really properly thought about how we could best present the whole configuration process and all of the options.

So the major issues that bothered us when looking at the old design and we wanted to tackle with a redesign were the following:

Everything, from introduction, current status and the actual configuration was displayed on one single page.
As a result it doesn't really appear structured and there is just too much content visible when you open the configuration page the first time.
This was especially true for when the page was viewed on mobile devices, which is probably what most of you are using to configure the Pi.

Furthermore the whole process of configuration (e.g. choosing a network or manual SSID, switching the pc network name) was not intuitive and required the user to hit 'Apply' or 'Connect' multiple times.
Also adding new features to this configuration process would just further complicate things down the line.

And lastly the whole style of the page (blue colors, layout) didn't really match with our regular style used on our website or desktop app and could definitley use an overhaul. 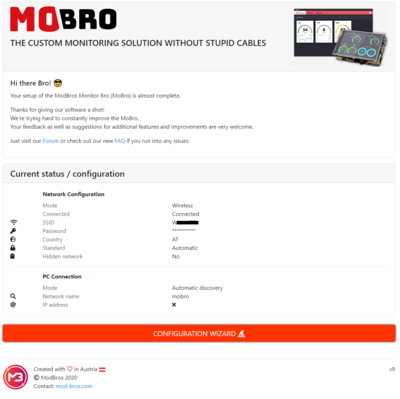 o the first thing you will notice when you open the new configuration page is that it is way more concise.
We completely moved the actual configuarion process away from the inital landing page into an all new wizard (see below).

Now the page just displays a short introduction and a clear and easy to read overview of the current configuartion and status.

We also overhauled the page from a styling perspective and its now more in line with our usual colour palette.
And it simply looks a lot nicer. At least that is what we think ;)

The main change is of course the introduction of an all new configuration wizard.
By thematically grouping configuration options we were able to split them up into multiple pages (steps) that you navigate through one by one while configuring the Raspberry Pi image.

This also allowed for an optimized presentation of all the options on mobile devices without it being completely cluttered.

As a last page we threw in a compact summary of the whole new configuration so you can easily double check for correctness before applying.
If you made a wrong selection you can easiely navigate back and forth through all the steps and adjust things.
The whole configuration is then simply applied as a whole. 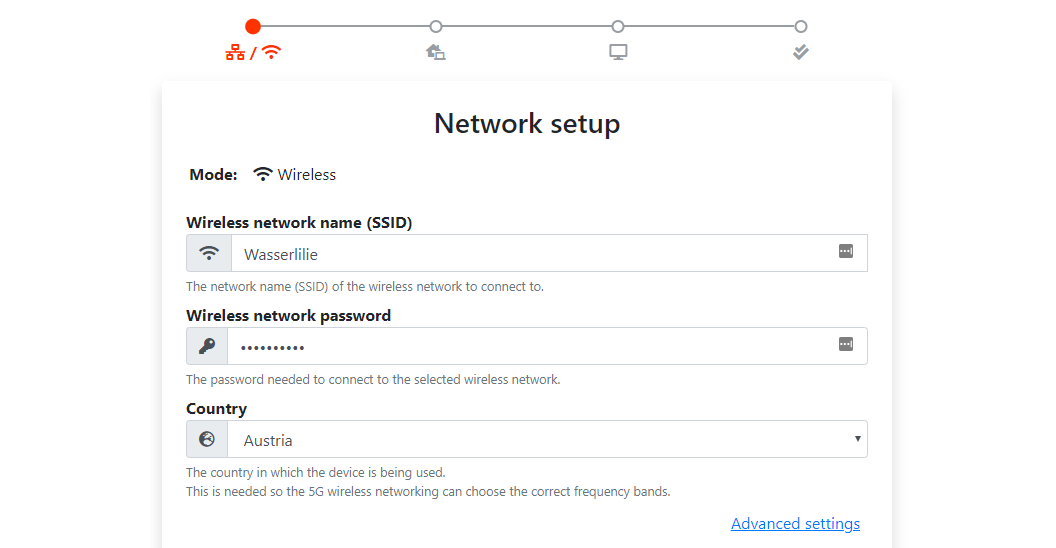 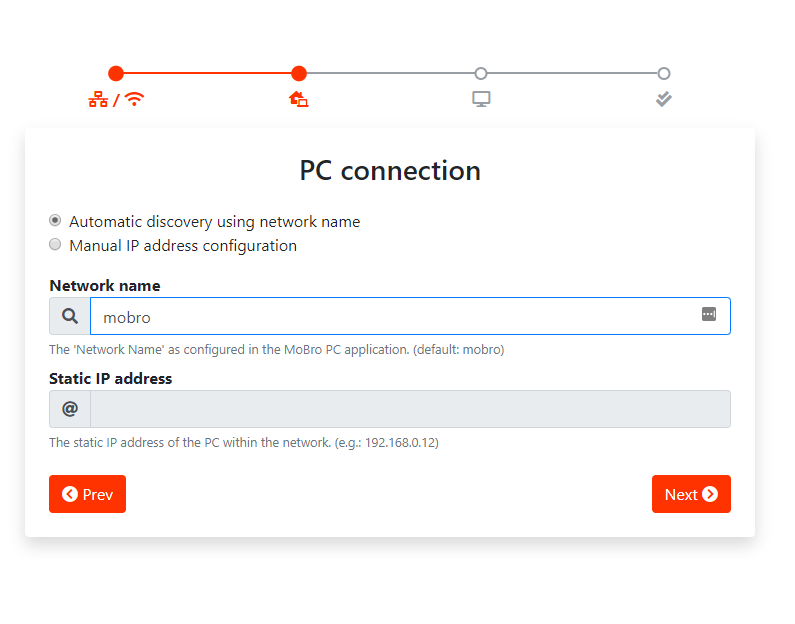 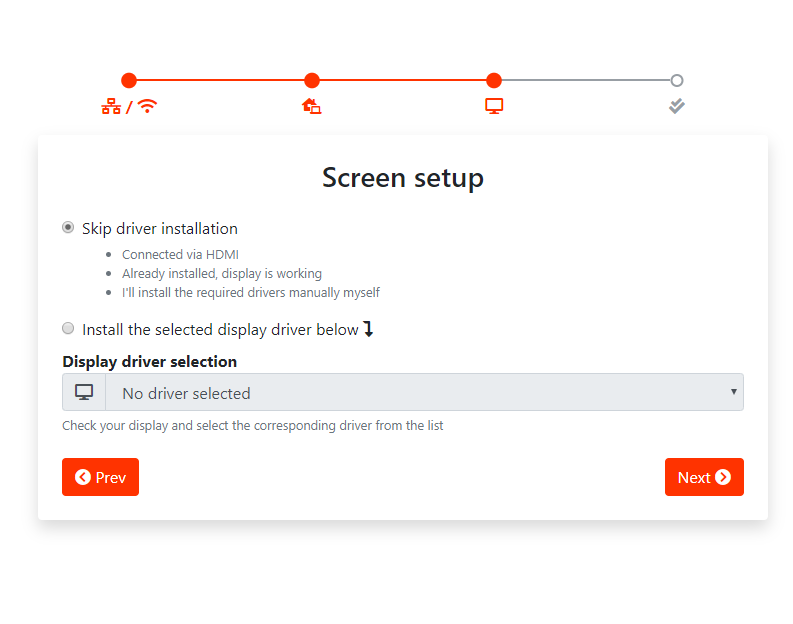 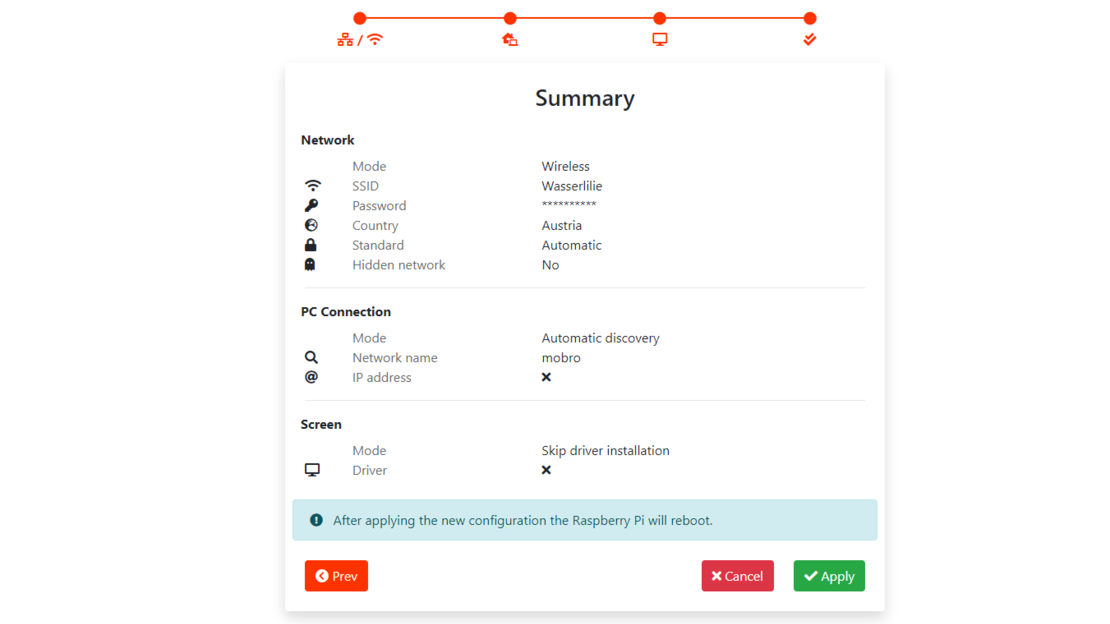 This way we were also able to add completely new features to the configuration process without complicating things or completely overloading the interface.
So within the regular configuration you can now also:

As some of you kept asking if we could make to code available publicly we decided to also add the MoBro Raspberry image to our open source projects on GitHub.

So if you're interested to have a look at how things actually work or even want to contribute, feel free to do so.
Just hop over to: https://github.com/ModBros/mobro-raspberrypi

Although as a matter of fact the source was out there already anyways. Namely on all of the images we provided for download.

But at least now you no longer have to search for the scripts and code on the image if you want to have a look ;)

We already got and collected a lot of feedback from you guys. There were also already a few suggestions and interesting discussions in the forum on how to further improve the Raspberry image.

So here are few (in no particual order) that we want to have a closer look at and probably add to future versions:

If the Pi doesn't power down when the PC is shut down, the display stays on an the Pi periodically tries to reconnect ot the PC.
So some of you suggested to add some sort of screensaver or the option to turn off the screen without shutting down the Pi.

Updating currently requires the SD card to be flashed again with the new image.
This is not ideal and finding a way to automatically update the image would therefore greatly simplify things.

This would allow the Raspberry Pi Zero to be connected to the motherboard with just a single USB cable.
It would provide power to it and all monitoring data would also be transferred via USB.

So no need to set up a network connection, which sounds pretty cool.

Using OverlayFS for the MoBro Raspberry Pi image could help us prevent SD card corruption.
This is already a very rare occurance, but when it happens it's especially aggravating as accessing the SD card on the Pi sometimes isn't easy if it has been mounted in the case.